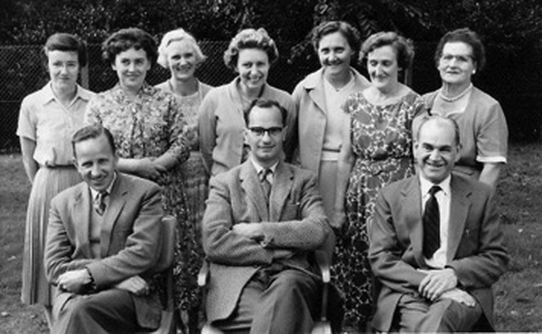 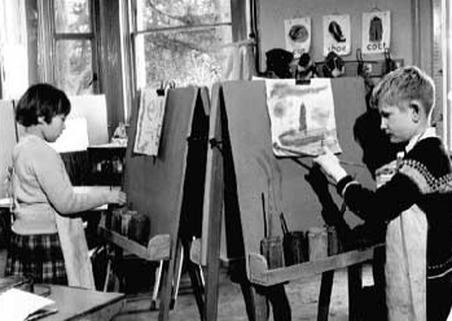 Treetops School started its activities in 1960 at its old location in Dell Road, Grays. The Elms was originally a mansion set in extensive grounds at the top of Dell Road, Grays in Essex. Next to it was a house called The Dell which was owned by a famous botanist Alfred William Russell, who was associated with Charles Darwin in proposing the theory of evolution.

Among former occupiers of The Elms were the Seabrooke family: the owners of a brewery in Grays. They appear to have moved out of the property in 1929.

A Mr Walsham, head of a building firm, built his family a modern home on part of the land and the original building was taken over by Essex Education Committee and housed 60 “delicate” children. A difficulty occurred when Mr Walsham called his new house“The Elms” also. So in 1960 permission had to be granted by the Minister of Education for the name of the school to be changed to “Treetops”.

The first headmaster was Mr Edward Daynes who had been teaching in the department of Faircross School in Barking which dealt with physically handicapped pupils. In the same building was the Faircross Special Needs School. A teacher in this department, Mrs Weddall, was appointed Deputy Head of Treetops. Another teacher from this school, Mr Perry Saunders was appointed teacher of senior boys’ class and the woodwork and craft department.

A former teacher from the Faircross School, who had temporarily left to bring up a family, Mrs Joan Smith, was recruited for a junior mixed class and a Miss Brenda Wilds, an infant teacher was appointed for the admission class. Mrs Elizabeth Jenkins was appointed as School Nurse – a full time post. Children were kept under medical scrutiny and each Wednesday 6 children were seen by the visiting Doctor.

Owing to the limitations of the building the school was restricted to 75 pupils, and most of the children were conveyed there by coach as very few lived within walking distance. There was a resident caretaker who lived in a flat in the main building.

A separate building to the house, which had originally been the stable block, was altered to provide one large room or hall, suitable for P.E. or games and it was known as the Recreation Room. During the first year an area on the first floor was adapted for a classroom and there was also a woodwork room on the ground floor. 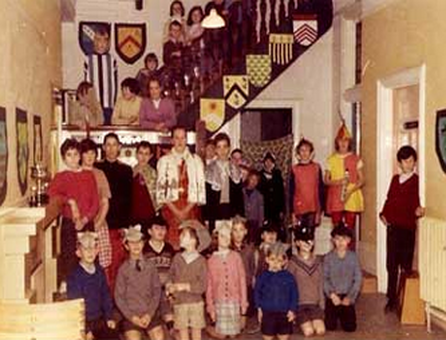 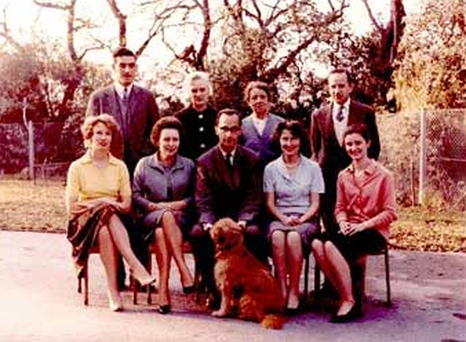 An area of the garden surrounding the buildings was cleared for a playground and at the bottom of the steep drive was a playing field.

While the school existed in this building (6 1/2 years), midday meals were sent from a nearby school kitchen. Two “dinner ladies” and two midday play supervisors were also in attendance part-time. On bad weather days playtime was held in the Recreation Room.

Mrs Jenkins, the School nurse, decided to take a Teacher Training Course (at that time there were still 1 and 2 year courses) and eventually took over the infants class when Miss Wilds left the school.

Adjacent to the school was an old disused quarry, some 70ft deep which obviously had to be securely fenced off from the school area. Nevertheless, it was a source of many expeditions for small groups of children. It was lush with trees and vegetation and formed a habitat for many varieties of birds and animals. No doubt Mr Alfred Wallace paid many a visit in his time at The Dell.

A new purpose built school had been promised within 1 ½ years of the opening of Treetops. However, this did not materialise until 6 ½ years! During the intervening years the gardens, severely overgrown, were cleaned gradually by the two senior classes with their teachers and each child could have his/her own plot. Gardening was a very popular lesson with most of the children. During the second year an outdoor swimming pool was added which could only be used in the summer term. Later on, after the new school was built, the gardens were asphalted to make playgrounds and the staff, parents and governors built housing for the swimming pool so that it could be used all year round.

The new school was built in 2 sections- the first behind the old building in which the school carried on functioning. The classes were then transferred to the new section, the old building was knocked down and by July 1968 the second section was completed.

The new school incorporated more classrooms, a fully equipped cookery and domestic science room, an art/woodwork room and a large hall- in fact, as it was until the school moved in 2008. Thus, the numbers of children catered for was increased to 160. During Mr. Phillips’ time as Headmaster, a pre-school Nursery Unit was started for children with developmental problems in early infancy.
This was based in a demountable classroom. Later, when another of these became available it was used as a music centre. A separate Maths room was developed, largely by the efforts of staff, parents and governors and was then used as a computer room.

In September of the same year, when a new (at the time) Head was appointed, each of the three special schools in existence at that time (Knightsmead, Woodacre and Treetops) were asked to express a declaration of interest in developing specialisms they wished to pursue. Knightsmead and Woodacre declared an interest in developing provision on the SLD/PMLD continuum. At Treetops, we expressed an interest in maintaining provision for young people with moderate learning difficulties whilst developing more specialised provision for pupils with autism, speech, language and communication difficulties and ADHD.

The result of this was that by 2002, numbers at the other two schools had diminished while places at Treetops were increasing year on year. It was decided, following public consultation exercises, to close Knightsmead and Woodacre schools and re-open them as one school – Beacon Hill.

The idea of a move to a purpose-built new school came from a cultural exchange trip made by the Head (Paul Smith) along with policeman Pat Mahoney and fire-fighter Dave Parrott to Essex, Connecticut, USA.

Whilst there, the Paul Smith visited specialist provision and was impressed with the space and facilities available. He was inspired to ensure our pupils received only the best.

Places at Treetops were at a premium (as they still are) and the school had been asked to develop across two sites – the old Treetops site in Dell Road and the old Knightsmead site in South Ockendon. Following a lengthy consultation period, the school agreed to work on two sites on condition that a new site was acquired and a new school built, which could accommodate all pupils on one site.

Treetops moved to its new site in Buxton Road in February 2008. 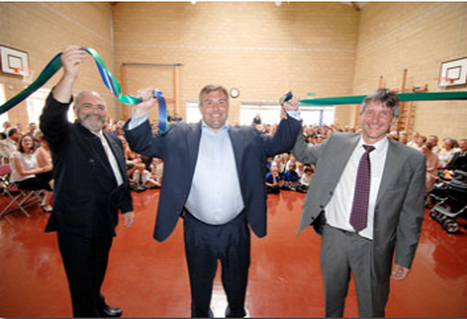